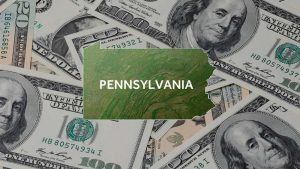 On Saturday, October 3, 2020, the Pennsylvania Department of Labor (DOL) published their guidance on how to implement the state DOL’s final rule that increases the minimum weekly salary to be exempt under the white-collar exemptions of the Pennsylvania Minimum Wage Law.

Effective October 3, 2020, the Pennsylvania Minimum Wage Law (PMWL) increased the minimum weekly salary to be exempt under the white collar exemptions to $684.00 per week (same as current minimum under the Fair Labor Standards Act).  This amount will increase every year (see below) until 2023.  At that time, and every third year, the PMWL will increase with only 90 days’ advance notice to employers.

As a result, PMWL will be higher than the minimum weekly salary of $684 under the Fair Labor Standards Act (FLSA).

Under the final rule as published by the Pennsylvania DOL, the increased minimum salary to be exempt under the PMWL white-collar exemptions will increase as follows:

Effective October 3, 2023, and each third year thereafter, the minimum salary will go up with only 90 days’ advance notice to employers.

Additionally, following the FLSA, under Pennsylvania law as revised, up to 10 percent of the minimum salary may be satisfied by the payment of certain non-discretionary bonuses, incentives, and commissions.